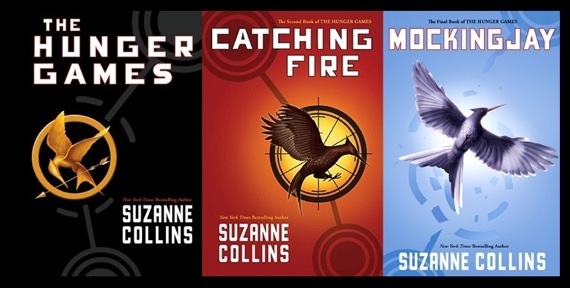 It. Was. So. Good. Here’s the time it took me to read each book:

The Hunger Games: A weekend. Just about 2 days.

Mockingjay: From around 3:30 on Wednesday to 9pm Thursday.

Best series I’ve read since The Lunar Chronicles. No kidding.It wasn’t for the plot, though, but I seriously could not put these books down. I loved the characters.

Katniss brought “heroine” to new heights. Gale was an amazing best friend, and a nice one to have in a love triangle. Peeta was all-around AWESOME, and he’s my latest fictional crush. Haymitch was great. Cinna? Almost like a father. And let’s not forget Effie Trinket, who was absolutely hilarious.

The plot was gripping. I think this is the fastest I’ve ever read a series, even with the week-long break I took to read Reached.

So if you haven’t read this, go. Do so. You won’t regret it. Unless you can’t handle any amount of violence or talk of torture. But anyway, it was an extraordinary series.

*If you have not seen James Cameron’s Titanic, don’t read this. Spoilers.*

I love Titanic (minus the language and scenes we skipped through). Seriously, this is my phone background: 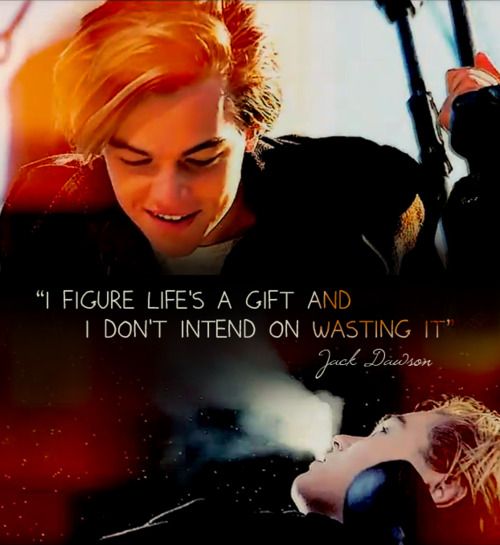 And Jack Dawson embodies the way I want to live my adult life- with writing, not drawing.I cried so hard when he died.

Anyway, this is the Titanic book tag. I couldn’t find one in English, so I had to translate from French. But here goes.

What series could you sell to buy your ticket for the Titanic?

Anne of Green Gables. Not sure why, but I’ve never really liked this series. I think it’s because I was like 6 when I read the first one, and that English does not match that of a little girl.

With what character would you like to share your room on board?
A hard one. But I think Cassia Reyes from Matched would be a good one.She has a great personality and we both love creating things, so I think we’d get along well.

With which character would you like to live a love story on the boat?

Just one? This is like picking favorite children. Although it has to be harder for writers, ’cause I’d marry Aldric Loyal without a second thought.

But Khalid from The Wrath and the Dawn. He is such an amazing man. He is loving and kind, yet stern and noble. And very loyal, and loyalty is extremely important to little Hufflepuff me.

The steamer is sinking, for what book would you return to your room, in order to save it, if it was the last copy in the world?

Easy. Entwined by Heather Dixon. No suprise there.

Do you have a book in your library that was published before the Titanic was wrecked? (April 1912)

Yes. A lot, actually, notably The Count of Monte Cristo and Pride and Prejudice.

What object of what book would you find in the pocket of your cloak after the wreck?

Katniss Everdeen’s mockingjay pin from The Hunger Games. It’s a symbol of rebellion against a government that cares about no one but themselves.
That’s it! Thanks for reading!

Before this, I’d never read dystopian fiction. Didn’t think I’d like it. Then I read Matched, and it was so good. What a journey for our dear characters. And the quotes. My copy of Crossed is full of blue ink from where I underlined. But perhaps the best quote from the whole trilogy is this:

You cannot change your journey if you are unwilling to move at all.

Aside from the wealth of wisdom, the story was fantastic.

A government that controls everything- what your job is, when you die, who you marry. Cassia is matched with Xander, who’s also her best friend. But then she falls in love with someone else.

I loved these people. Honestly. That’s all I got in regard to characters.

The only thing that I didn’t much care for was how the last book was done. It was still amazing, but I expected something grander. More of a rebellion. But I’m new to this genre.

So now it’s on to Catching Fire.

I really don’t know exactly what to say about this book. It was good, yes. I liked it. But it certainly wasn’t flawless.

From the cover, I was expecting high fantasy (you?). It’s not. It’s sci-fi. With assassins. So it wasn’t what I was craving when I started it. But it was still worth a read.

The plot is one you need to discover for yourself. The characters are awesome, though, and I can’t wait to see where Arwen takes the romance.

I liked how drugs were handled in this novel. In the middle of the book, there was a good deal of drug use. I’ll admit, I was skeptical about continuing. But the way it was displayed reminded me that I want nothing to do with drugs of any kind.

The thing that drove me mad was the fact that I had no clue when this book was set. Where? I can tell you that. When? No idea. It felt futuristic, but we’re not told.

Other than that, it was a good book. I’d like to read the rest of the trilogy. But for now, Reached is calling me.

Happy New Year everyone! Hope you had fun last night (who else was awake after midnight?). 2017 is going to be great.

What are some of your bookish goals for the year? Tell me in the comments!

Here’s my reading and writing goals for 2017:

1. Finish and Publish the sequel to Captain Guinevere. I still don’t have a definite title…

4. Write a novel with my Dad